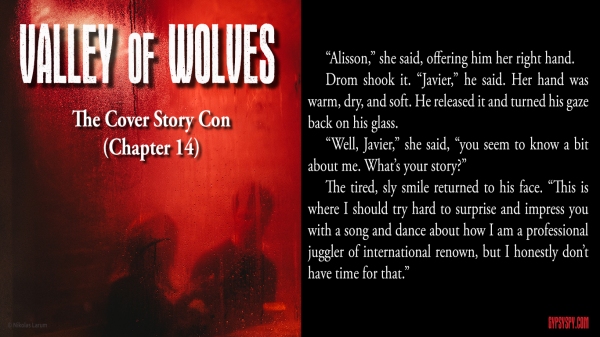 Intelligence officers may use a dozen or more different alias names during a career.[1] Gavin Leoppard’s career is far from over, even though he’s already been buried once. Known to some as Carlos, to others as Javier, and to a select few as Drom, he assumes cover identities with the skill of a con man. In a pinch, he may even resort to the truth for the most unbelievable cover story of all.

This scene is from Chapter 14 of Valley of Wolves, the next chapter in the Gypsy Spy saga. Follow the blog for progress updates, pre-publication previews, and publication news.

The first book in the Gypsy Spy saga, Gypsy Spy: The Cold War Files, is available on Amazon.